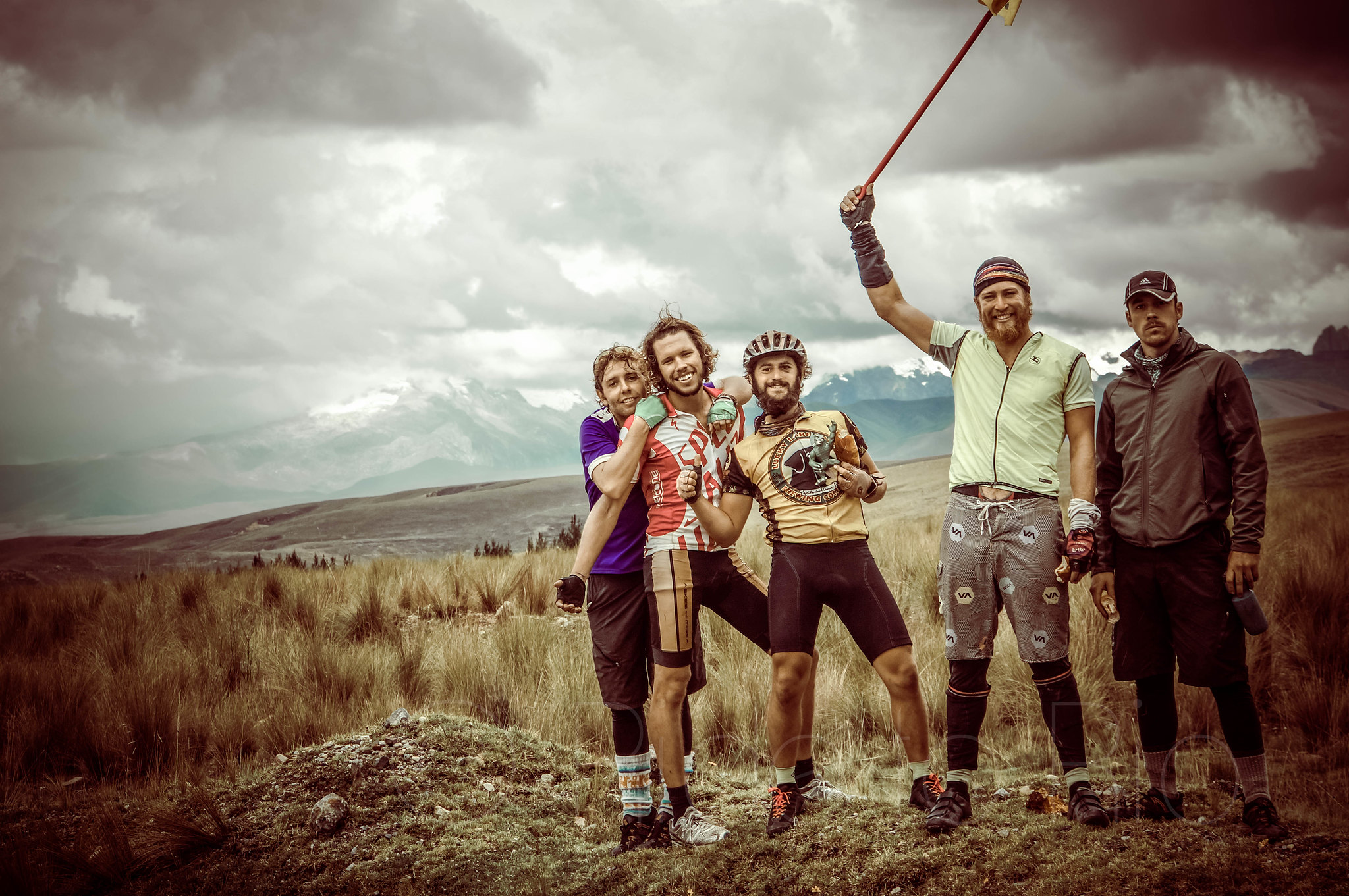 Bicycling in the Andes Elevation

I am built for low places it turns out.  Recently in Peru we had one of the most memorable days of bicycling of the whole trip. We left Huaraz which is already at a very high elevation.  We biked uphill all day for about 60 kilometers (40ish miles) before the rain began.  That is when the good day started becoming not so much fun.

The warming sun disappeared behind the dark rainclouds, it started out chilly and progressed to downright bitter. We wanted to duck into the first building possible; unfortunately we had biked into an eighty kilometer span of nothingness.  We still had at least twenty kilometers to ride before the nearest sign of civilization and all of it uphill.  Let me tell you, it was rough to say the least.  It felt like our fingers and toes were freezing stiff. We constantly had to wiggle them to keep the blood flowing.  When we finally saw the road sign indicating downhill, we got off of our bikes and danced and hugged each other in joy. Little did I know that this was a short reprieve from the trials of the day.

We considered ourselves lucky to find a mining village at the top of the mountain. Our original plan was to continue on down the mountain to a town at a much lower elevation.  Once we had ducked into a little restaurant that had soup and bread however we had no desire to get back up on our mounts and ride a single more pedal until we had dried out.  We checked into the only hotel of the village, which consisted of a rock floor, a single light bulb, and a bucket to catch the rain leaking through the tarp roof.  Normally I could appreciate this coarse accommodation; however the pain in my head was telling me that it did not like where we were one bit.  It felt like my brain wanted to escape my skull.  I believe that it was a combination of the lack of oxygen due to the altitude, dehydration from the day on the bike, cold from the rain and altitude, and stuffiness in the fairly airtight room with five guys in it.  It was too painful to sleep and it was so bad that I was sure that if I happened to fall asleep I was positive that my body would just shut down and I would never wake up. (Hey, it happens in books and movies all the time.) Somehow I made it through the night with a few brief periods of fitful sleep. All in all it was one of the worst nights of my life. In the morning I found out that Boydy had suffered the same way, the rest of the crew to lesser degrees.  That was the earliest mornings starting on the road.  None of us wanted to shower and we all just wanted to get down the mountain.  That next day was one of the most of fun days of riding of the entire trip. We rode from 4,100 meters to sea level over a length of 160 kilometers that day through some of the most scenic mountains I’ve ever seen.  As soon as we started getting into lower altitudes, my head recovered one hundred percent.  We would go for several miles at a time without ever having to pedal, only needing to use our feet to kick at angry dogs trying to defend their territories from invading cyclists.  Thankfully one of the hardest days of the trip was immediately followed by one of the best days of the trip.